The U-shaped Cuyahoga is 100 miles long. It flows south from its headwaters near Burton, bends in Akron, heads north through Cuyahoga Valley National Park to Cleveland, and spills into Lake Erie.

It was once part of a significant transportation route connecting the Great Lakes and the Ohio River. American Indians canoed it for centuries, portaging over the Akron summit to the Tuscarawas River and beyond. In the 1800s, engineers improved the connection. They used the Cuyahoga’s water to feed the northernmost section of the Ohio & Erie Canal. The canal system helped build the national economy. Akron and Cleveland grew from sleepy villages into booming industrial centers.

With rapid growth came extreme pollution. On June 22, 1969, waste in the Cuyahoga famously caught fire (for at least the thirteenth time). The international attention helped spark the modern environmental movement. Congress created the Environmental Protection Agency and passed the Clean Water Act, resulting in practices that are significantly less polluting.

In the decades since, many partners have collaborated to reduce the river’s pollution, improve wastewater treatment, and increase stewardship. Wildlife is returning and people are appreciating this regional resource in new ways.

The Cuyahoga is an Ohio Scenic River (upper portion 1974), a National Heritage Corridor (Ohio & Erie Canalway 1996), and an American Heritage River (1998). In becoming an Ohio Water Trail (2019), the river that burned now sparks excitement, a symbol of efforts to clean up America’s waterways.

A hallmark of the Cuyahoga River Water Trail is the diversity of opportunities around every crooked turn. Enjoy nature, exercise, and peaceful appreciation. Differences in the paddling skills needed, seasons of flow, and equipment options contribute to this variety.

The calm, rural waters of the Upper Cuyahoga State Scenic River above Kent are best for beginners. Intermediate paddlers might explore from Kent to Cuyahoga Falls with its frequent access points. 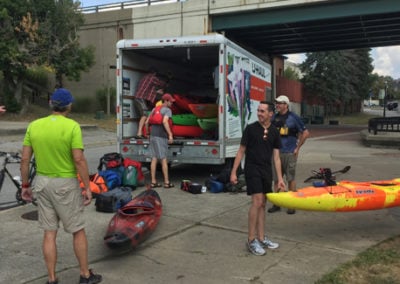 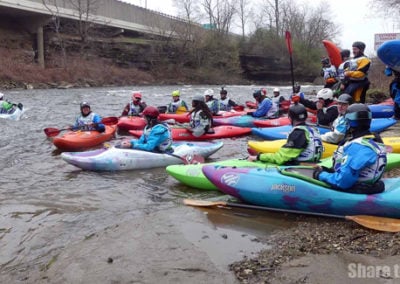 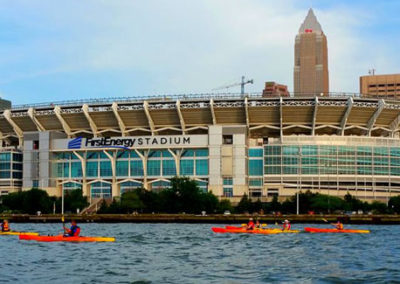 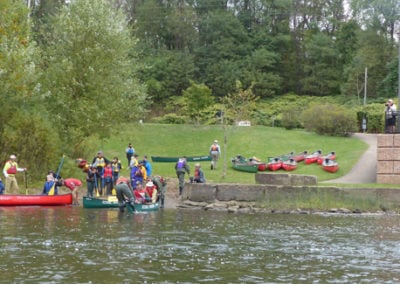